Raphael is known as the angel of science, knowledge and healing.

One Jewish text says he revealed to Noah the curative power of plants; another tells how he healed a blind man and bound a demon.

Catholics revere him as the angel who healed the sick at the pool of Bethesda. The Book of Enoch tells us that his responsibilities include healing the diseases and wounds of men.

Raphael works with the healing angels and Mary, Queen of Angels, to heal diseases of body, mind and soul.

Ask them to remove any negative energy that is causing the condition. Then ask them to overshadow and work through the professionals you have chosen.

All the while, pray daily to the angels for healing, visualizing God’s healing light in a brilliant emerald color surrounding and infusing the injured or diseased area.

Always call to the angels of protection to work with the angels of healing. Often the healing process needs to be protected from invasive forces—everything from infection to negative energy.

If you pray and don’t see immediate results, don’t give up. Raphael has explained that physical healing is not always possible.

Your karma may require that you experience physical pain or disease for a period of time. However, your prayers may work to heal the diseases of soul and spirit that led you to make the initial karma.

Always be prepared for miraculous results. You never know when your prayer or an act of grace may allow the karma to be set aside and you will see the beautiful work of the healing angels as they restore broken souls and bodies.

Connect with Archangel Raphael and the Angels of Healing and Truth

Practical assistance: healing of body, mind, soul and spirit; inspiration for the study and practice of music, mathematics, science and both traditional and alternative medicine; meeting of physical needs such as food, clothing, shelter, tools of your trade.

World service: repairing of rifts between nations, healing of those injured on the battleﬁeld, inspiration for new cures for diseases.

The retreat of Raphael and Mother Mary is located in the etheric realm over Fátima, Portugal.

The healing flame that blazes on the altar of his retreat was anchored in the physical octave when Mother Mary appeared to the three shepherd children at Fátima in 1917.

There is a stream of light that flows like a mighty waterfall from the etheric temple to the physical focus, and to the present hour pilgrims are healed by the “waters” of the healing flame.

The fifth ray, or green ray, is the ray of healing, music, truth, the precipitation of the abundant life, mathematics, science, and the Word of God.

This ray corresponds to the vision of God and the third-eye chakra, right at the point of the brow. Through this ray we are able to precipitate in form all that we would bless the earth with by our efforts, our prayers and our diligent service.

We feel the expression of the green ray most strongly on Wednesday, the day on which many churches hold healing services.

Raphael in the World’s Religions

The name Raphael means “God has healed,” or “the Medicine of God.”

Some traditions call Raphael the angel of science and knowledge and the guardian of the tree of life in the Garden of Eden.

Jewish texts say that Raphael banished the demons in the earth after the flood of Noah and revealed to Noah the curative power of plants.

Many commentators identify Raphael as the angel who troubled the waters at the pool of Bethesda, where Jesus healed the impotent man.

The Book of Enoch describes Raphael as the angel who presides over the diseases and wounds of men. In this text, Raphael is commissioned to punish one of the rebel angels and heal the earth of their defilements. He is also described as a guide in the underworld.

A Jewish tradition names Raphael as one of three archangels who appeared to Abraham in the plains of Mamre.

It is also believed that Raphael endowed Sarah with the strength to conceive when she was past childbearing age. In one system of the Kabbalah, Raphael is said to embody the eighth sefirot, Hod, which is “Majesty” and “Splendor.”

The poet Longfellow, in The Golden Legend, describes Archangel Raphael as the Angel of the Sun.

Evidence of veneration of Archangel Raphael is infrequent before the sixteenth century. By the seventeenth century, the Church often dedicated masses to him.

Raphael’s feast day is September 29. He is known as chief of the guardian angels and the patron of travelers.

Archangel Raphael and Mary work with healers in every field. They inspire new cures and alternative healing methods upon scientists, those trained in the healing arts, those in the medical profession.

Many avenues of healing are valid. If you learn something about them, you can choose the best type of practitioner and care for specific conditions. Don’t hesitate to get multiple opinions.

Whatever avenues of healing you explore, don’t discount traditional medical care. When you have a serious condition in your body, consider all your options.

God has released wondrous cures through medical science. These have been dispensations of grace that have prolonged life and make our everyday life worth living.

I say this because some people think prayer alone is sufficient. I think we should pray steadfastly while using the most advanced technology in the healing arts.

Raphael’s angels overshadow faculties of medical schools and scientists and innovators in every branch of health. He says his angels use “laser technology” to “penetrate to the very core of a cell … and expand the violet flame from within,” and to “seal that cell in the healing thoughtform.”

We can ask the angels to overshadow doctors, chiropractors, healers of all kinds.

Call especially to Raphael and Mary and their angels—they are master surgeons. Bringing all things together from heaven and earth, we will obtain the best results.

The name Mary means “beloved of God.” There are hints of Mary’s place in the angelic hierarchy in Christian tradition.

In the apocryphal text “The Book of John the Evangelist,” Jesus describes Mary as an angel: “When my Father thought to send me into the world, he sent his angel before me, by name Mary, to receive me.”

In Catholic theology Mary is known as the “Queen of Angels.”

Devotion to Mary has been associated with thousands of miraculous healings, especially at Lourdes in France, Medjugorje in Bosnia and Herzegovina, and other sites where she has appeared.

I was brought up by European parents of Lutheran background, strictly Protestant.

Very early in my life I had spiritual experiences, including recalls of past lives, and I went from church to church searching for someone who could teach me about God.

I loved the Catholic Church. But by the time I was in college I had been indoctrinated to think that it was not correct to call to the saints.

When I saw Mother Mary portrayed in the subway with the title “Queen of the Angels,” I wondered in my heart how she could allow people to treat her as an idol.

One day I was walking down Commonwealth Avenue in Boston. I looked into the blue sky and saw in front of me Mary, the mother of Jesus.

She was so free, so light, like a beautiful maiden. She looked as if she could be my sister.

She was wearing white and she had the most beautiful smile. I was thrilled, because in just one glance at her, all of that programmed prejudice dropped from me. I was so happy to have found the real Mother Mary.

I didn’t walk, I ran to the nearest Catholic Church. I was so happy that I could kneel before her statue knowing that I was not bowing to an icon but beyond it to a real person, a heavenly being and the mother of my Lord.

I knelt before her and asked her forgiveness for my state of consciousness. I pledged to her my life and all that I would do.

I wanted to become her friend and her servant. And so this began my long association with Mary.

When Mother Mary gave me these rosaries she said, “This is how I want you to say the Hail Mary.” The prayer that Catholics say ends with the words, “Pray for us sinners, now and at the hour of our death.”

This is how she asked that the Hail Mary be given:

Hail Mary
Hail, Mary, full of grace
the Lord is with thee.
Blessed art thou among women
and blessed is the fruit
of thy womb, Jesus.
Holy Mary, Mother of God,
Pray for us, sons and daughters of God
Now and at the hour of our victory
Over sin, disease, and death.

FIAT
I AM THE RESURRECTION AND THE LIFE OF
MY PERFECT HEALTH NOW MADE MANIFEST!

Start to create your personal connection with the Archangel 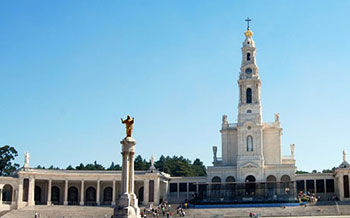 Visit the retreat of Raphael and Mary

Raphael and Mother Mary have invited us to visit their retreat and to study the science of healing:

“You may call to me and Raphael, for our etheric retreat is above Fátima in Portugal. There you may come at night [your soul in her etheric garment apart from the physical during the sleep state] and study the healing arts. Not far away is the University of the Spirit of Hilarion over the isle of Crete. “Do, then, call to God and your guardian angels to take you at night in your finer bodies where you may study and learn what are the golden-age methods of healing.” 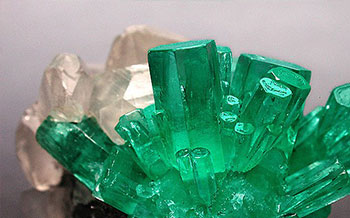 Fiat for any health or financial problems

Try this fiat for any health or financial problems. It’s most effective when done out loud in rounds of three.

“I AM the Resurrection and Life of my perfect health now made manifest!” or

“I AM the Resurrection and Life of my finances now made manifest in my hands and use today!” 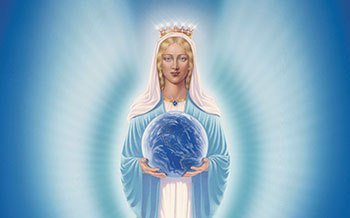 At your quiet space or altar: light a candle and say the Hail Mary three times.

Help spread the light and love of the archangels!